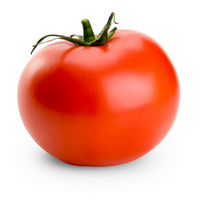 Tomatoes can be added to most items, either alone or as part of a Supreme upgrade, in which tomatoes are coupled with sour cream. Diced tomatoes are also the primary ingredient in Fiesta Salsa, which is found in many menu items as well as everything on the Fresco Menu.