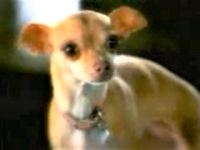 Nothing is yet known of her history.

She is sweet, caring, and rather silent.

Sometimes, she gets a bit shy and nervous around her boyfriend and is easily hurt by his rejections and going to Taco Bell without her, but still loves and cares about him nonetheless.

So far, not much is known about her personality due to her silent nature.