The Big Border Taco was a short-lived limited-run promotional item that was available at many Taco Bell locations during 1996. Little is known about the Big Border Taco, but it was roughly 1.5 times as large as a normal Crunchy Taco and contained ground beef and Pepper Jack cheese.

The taco enjoyed strong sales from its inception in February 1996, until its limited-time promotion ended in late 1996. 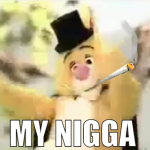